The American Truck Dealers says H.R. 2822– which includes an amendment that would prohibit the Environmental Protection Agency, for one year, from using funds to include the regulation of glider kits in the EPA’s controversial “Phase II” fuel economy/greenhouse gas proposed rule – is unlikely to pass, as it was pulled from the House floor due to an unrelated provision’s inclusion in the bill about the Confederate battle flag.

The amendment, offered by Congresswoman Diane Black (R-Tenn.), called for no funds to be used in implementation or enforcement of greenhouse gas regulations on glider kits and/or glider vehicles and passed by voice vote on July 8.

However, the underlying bill (H.R.2822) was pulled from further consideration by the House. ATD says, currently, it is unlikely that H.R. 2822 will be passed by the House.

H.R.2822 proposed to appropriate $30.17 billion for fiscal year 2016 for the Environmental Protection Agency, Department of the Interior and other agencies, but Republican leaders pulled the bill from the floor after it was amended by a non-record vote to bar displays of Confederate symbols at national cemeteries and other federal properties funded by the bill. 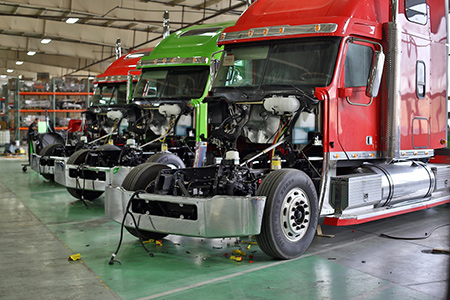